Real estate risk Reasons to be cautious about investing in real estate. 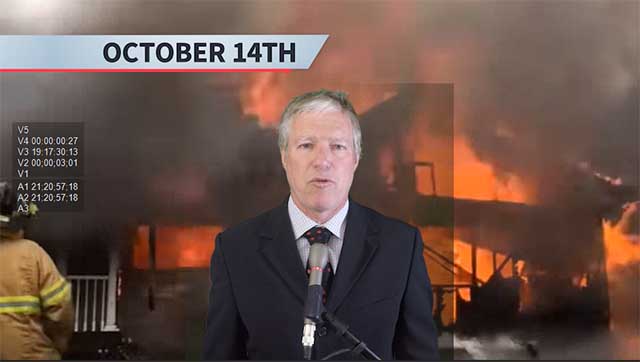 REAL ESTATE
Optimism About Canadian Housing Market Climbs Even Amid 2nd Wave
( Bloomberg - Shelly Hagan)  - Attitude and Preference Issues
The residential real estate market has been a bright spot in Canada’s economic recovery from Covid-19. Last month, home prices and sales reached a record from pent-up demand combined with low interest rates and tight inventory. Although the market has defied expectations, economists predict the gains will peter out in line with other data that shows a slow down in activity as cases rise and restrictions get re-imposed.
Canadian Mortgage Credit Growth Finally Falls To Pre-Pandemic Levels
(Better Dwelling - Daniel Wong)  - Financial Services Industry Structural Issues
Canadian mortgage debt is slowing in growth, after a surge at the beginning of the pandemic. Bank of Canada (BoC) data shows outstanding mortgage credit reached a new high in August. At the beginning of the pandemic, the rate of growth had accelerated due to payment deferrals. Deferrals are beginning to expire now, sending growth back down to pre-pandemic levels.
Office vacancies spike in Toronto, Vancouver as pandemic fuels work-from-home migration
( G&M - Rachelle Younglai)  - Financial Services Industry Structural Issues

Vacancy rates in Canada’s tightest office markets are spiking, as employees continue to work from home and more businesses try to get rid of space amid the economic fallout from the novel coronavirus pandemic.

Canadians now have the option to build their credit scores via rent payments
(FP - Victor Ferreira)  - Risk Management Issues
Eight years after Canadians first became able to use their mortgage payments to build their credit scores, a similar option now exists for those who rent.
Canadian Mortgage Debt Passes 80% Of GDP For The First Time
(Better Dwelling - Stephen Punwasi)  - Financial Services Industry Structural Issues
Debt is future income used today. As debt loads get higher, more future spending is pulled forward. The higher these debt loads get, the more future growth is being used. Lower interest rates may have spurred this borrowing binge, by lowering service costs. However, as people get used to low rates (or depend on them), the stimulus effect is gone. Eventually, you’re just left with households increasingly vulnerable to shock.
Real estate site that backstops home buyers raises $100 million to expand across Canada
(FP - Colin McClelland)  - Fintech and AI
A relatively new Canadian real estate agency, whose founders gained experience at Uber Inc. and Blackberry Ltd., is betting on artificial intelligence to alleviate the stress of buying a new home before selling an existing one.
Toronto is the only North American real estate market considered in bubble territory
( G&M - Rachelle Younglai)  - Risk Management Issues

Toronto home prices are overvalued, making it the only North American city at high risk of being in a bubble, according to a new report on global real estate conditions by UBS.

The federal government allowed its small-business pandemic rent-relief program to expire at the end of September without providing details for its long-promised replacement, leaving thousands of entrepreneurs facing full rent payments as October begins.

Canadian Population Growth Slows To Lowest Rate In Years
(Better Dwelling - Stephen Punwasi)  - Financial Services Industry Structural Issues
Canada’s population slowed to a multi-year low for the rate of growth, but still made substantial gains. Stat Can estimates the population reached 38.01 million in Q3 2020, up 25,384 (0.07%) people from the previous quarter. Compared to last year, this works out to an increase of 411,854 (1.10%) people. Extremely slow quarter, but it gives an idea of how quickly the population was growing before the pandemic.
The Great Rethink: Why the idea that everyone deserves to own a home is fundamentally flawed
(FP - Barbara Shecter)  - Attitude and Preference Issues
Real estate had grown to represent about 15 per cent of gross domestic product, compared with about 11 per cent 2007, according to Statistics Canada data. Siddall then delivered another jolt: he called on legislators to resist the urge to respond with new policies that would make it easier for Canadians to purchase homes.
Toronto Condo Rental Inventory Is Soaring, And It Might Be Driving People To Sell
(Better Dwelling - Stephen Punwasi)  - Financial Services Industry Structural Issues
Toronto condo apartments for rent are swelling to an unusually high level for this time of year. There were 7,901 units for lease in September, up 96.4% from the same month last year. This is the biggest September for rental inventory in at least half a decade. As for bigger months, only July and August have had more, over the same time period.
Former Bondfield CEO faces seven criminal charges including assault and uttering threats
( G&M - Greg Mcarthur)  - Evolving Legislative/Regulatory Issues

Mr. Aquino, 48, was arrested last week after detectives investigated several complaints from current and former staff of Bondfield, which is based in Vaughan, north of Toronto.

A disturbing trend: Buyers fail to deliver deposit cheques
(Remonline - Marvin Alexander)  - Industry Conduct and Practices Issues
It is speculated that this is being done while buyers are submitting offers on numerous properties simultaneously, with the intent to later sit back and decide which property they like best, or the one where they got the best deal. Then they do not show up with the deposit cheque, as called for in the offer for all other properties that they are no longer interested in pursuing.
Vancouver home sales surge 56.2% to record level in September
( G&M - Anita Blakrishnan)  - Competitive Issues

The real estate market in Vancouver had its best September on record this year in terms of the number of homes sold.

After a decade of centre-left municipal governance, Vancouver’s 2018 election saw voters back a fractured city council. Seats were split among four parties, roughly divided between left and right, with the new mayor, a former NDP MP, running as an independent.

Toronto’s condo market shows signs of strain as new listings flood market
(FP - Shelly Hogan)  - Risk Management Issues
Active listings of condos in downtown Toronto hit a record at the end of September and were 215 per cent higher than a year earlier, according to Urbanation data. That compares with just a 5.3 per cent rise in total housing listings across the city during the month, according to TRREB data released Tuesday.
Toronto Detached Real Estate Prices Rise, While Condos Slip Lower
(Better Dwelling - Kaitlin Last)  - Financial Services Industry Structural Issues
The price of a typical home in Greater Toronto advanced quickly, but needs a little unpacking. TRREB’s composite benchmark, aka the price of a typical home, hit $897,700 in September, up 11.6% from last year. In the City of Toronto, this number reached $971,500, up 9.0% from last year. When looked at in aggregate, both numbers are higher and growth is accelerating. However, when disaggregated we see two totally different markets.
Toronto home sales surged 42% to set new September record
(Investment Executive - CP)  - Financial Services Industry Structural Issues
Board president Lisa Patel says extremely low borrowing costs contributed to the record-breaking sales figures, as did built-up demand left over from the stunted spring season.
Toronto Tops Construction Crane Index, With Almost A Third Of All Projects
(Better Dwelling - Stephen Punwasi)  - Risk Management Issues
To appreciate how many cranes Toronto has, you need to see how distant other markets are. Seattle has the second most cranes in the index at 43, up from 36 earlier this year. Los Angeles follows with 41 cranes, down from 47 in Q1. Calgary comes in third with 34, down from 37 in Q1. The second closest market has nearly a third of the cranes as Toronto. All three markets combined still add up to fewer than Toronto as well.
Why Canada’s Condo “Insurance Crisis” Should Make Investors Nervous
(Better Dwelling - Stephen Punwasi)  - Risk Management Issues
Typically rising demand for a product invites more players to a game. Not this time. Due to rising replacement values and more claims, the market is now less attractive. Fewer insurers want to deal with condos, when other segments are more profitable. Already rapidly rising replacement costs rise even faster during a construction boom. It also places a strain on labour, sending wages higher. In short, it’s the perfect recipe to demolish margins. Combine that with an increase in climate related damage claims, and it’s not exactly a lucrative market insurers want to chase.
Canadian housing starts tumble about 20% in September: CMHC
( Reuters - Staff)  - Financial Services Industry Structural Issues
The seasonally adjusted annualized rate of housing starts fell by 20.1% to 208,980 units from a revised 261,547 units in August, the Canadian Mortgage and Housing Corporation (CMHC) said. Economists had expected starts to fall to 240,000.
Since 2003, Canadians would have been better off renting than buying
( G&M - Frederick Vettese)  - Attitude and Preference Issues

Almost every working Canadian eventually wants to buy a home. And most end up doing so, given the home ownership rate is more than 66 per cent. Take out young people who can’t yet muster the down payment and the lowest quartile of income earners, and the ownership rate rises to about 90 per cent. It might come as a surprise, then, that owning is not always better than renting. Even more counterintuitive, renting would have been the better option for anyone who retired in the past decade, in spite of the hot housing market.

As a result, they hit a new record high of just over $600k in August. Regionally, the rebound in prices has been broad-based, with positive annual price growth in every province in August, and 6 of 10 posting double-digit advances. The softest y/y gain occurred in Alberta although even here, prices were still up 5.3%.

UK retailers pay just 13% of latest rent bill
(FT - George Hammond and Alice Hancock)  - Risk Management Issues
Retailers have paid only a fraction of the rent they owe for the latest quarter, as UK high streets come under growing pressure in the face of tightening coronavirus restrictions.